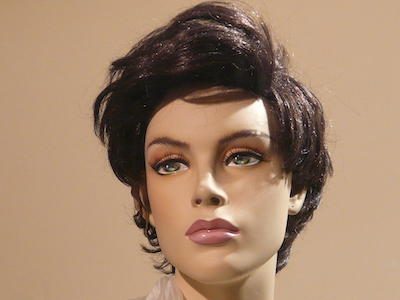 What is the difference between a dummy and an idiot?

Reflection that has nothing to do with correct definitions. Honestly, it’s a rant. And a pointless one at that. 😀
By jenny K Brennan

As far s dictionaries go , here are some definitions:

noun (plural dummies)
1 a model or replica of a human being:a waxwork dummy
a figure used for displaying or fitting clothes:a tailor’s dummy
a ventriloquist’s doll.
2 an object designed to resemble and serve as a substitute for the real or usual one:tests using stuffed owls and wooden dummies[as modifier] :a dummy torpedo
British a rubber or plastic teat for a baby to suck on.
A prototype or mock-up, especially of a book or the layout of a page.
a blank round of ammunition.
[as modifier] Grammardenoting a word that has no semantic content but is used to maintain grammatical structure:a dummy subject as in ‘it is’ or ‘there are’
3 (chiefly in rugby and soccer) a feigned pass or kick intended to deceive an opponent.
4 informal , chiefly North American a stupid person.
5 Bridgethe declarer’s partner, whose cards are exposed on the table after the opening lead and played by the declarer.
Bridgethe exposed hand of the declarer’s partner.
an imaginary fourth player in whist:[as modifier] :dummy whist

Ok, with that out of the way. Here is my take on it.

A dummy can learn. If they couldn’t, then why would there be so many “for dummies” books out there?
Dummies are aware of their own dummy status and will happily admit being one.

An idiot learns only in very small steps, and only after making serious mistakes.
Idiots are rarely ready to admit to and embrace the idiot status, because if they did, they would turn into dummies.

So what are you? A dummy or an idiot.

4 Replies to “What is the difference between a dummy and an idiot? A reflection.”