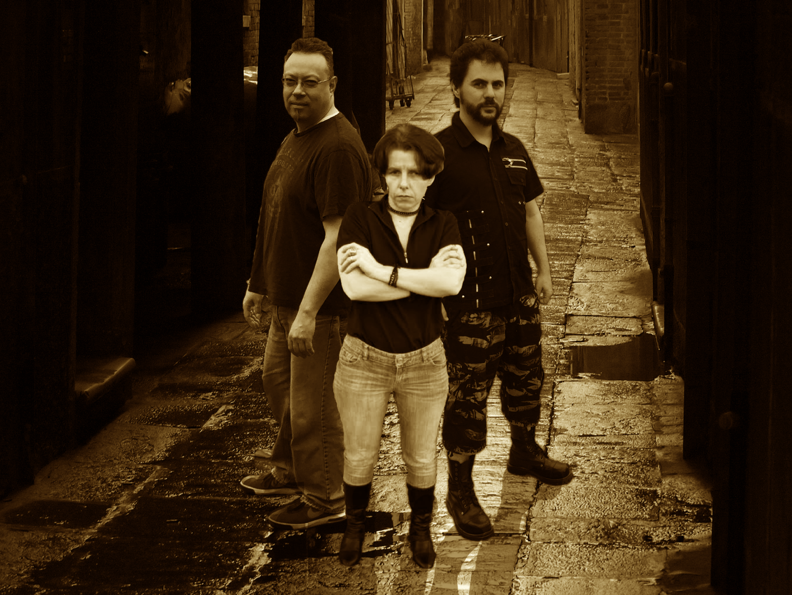 We are now live. We can currently be found on Icarus Machine official website,
the Facebook band page,
and SoundCloud,
where you can find our preview tracks and videos along with more information about the band, the album, and the book.

Nine months or more has gone by since I had this hairbrained idea and I spoke it out loud. Well, not actually speaking it but in text I said something that changed my focus, my goals, and in many ways my life.

Well, it wasn’t. Not really. I approached a musician that I have admired since his music reached my ears on Kompoz.com where I started collaborating with musicians just over two years ago. I wanted us to work on a song together. Something from scratch. I don’t think I even knew what I was trying to ask. We started talking about more than one song. We talked about a short story I might write that would go with the song. It all goes fuzzy from there.

The thing is that “The biggest dreams come true in the most subtle of ways. One word, one song, one idea at a time.”
It sneaks up on you and before you know it, things fall into place. Suddenly you are in a moment of time you always wanted to be but never knew the way to. It crept up on me.

“Icarus Machine” is such a dream come true for me. And it came with more than just a new band with a cool name. The album “This Sundered world” is a concept album in the realms of Prog metal. We have 12 tracks and one story. We are looking at a mid-August release for both .

So who is this magical person that could settle JennyK to work with others and dedicate all time and energy on one project for an extended period of time and beyond? It had to be someone very special. Because as we all know; JennyK does not know how to spell the word “consistency”.

Well, here are the ingredients for this cake of all cakes

a.k.a sriracha Is the driving force that can pressure me into doing better and not make me want to kick him in the teeth for it. A teacher, a mentor, a nice guy, and an extraordinary asshole. Bill is the producer and has written most of the songs on the album. His guitar is never not impressive, his compositions never not right for the vision. He also does keys and effects, all mixing and mastering with deep knowledge, feeling, and precision. That would be enough wouldn’t you think?
Oh, hell no. When we couldn’t find a drummer, he superglued the drum sticks to his keyboard fingers.
You can find Bill and much more music at his
Kompoz profile page.

a.k.a Srhangover has composed one song on this album and several for the future and has been an inspiration from the start with his undeniable style and excellence. Jordi plays the bass on all tracks and is nothing if not absolutely amazing. Beyond this band and album he is a serious force in prog rock and metal among other genres. He is a talented musician and songwriter in his own right.
You can find Jordi on his
Kompoz page, where he brightens the music collaboration world with his amazing creativity and love of the music. Jordi plays in a Steampunk themed prog metal band in his hometown of Galicia – Spain, with his wife as the lead singer.

a.k.a JennyK does the word forging and the voice melody making on all tracks. Lyrics are all inspired by characters in the novel. As an author of various styles of fiction from horror through comedy to paranormal erotica, Jenny is now moving on to steam punk for the novel titled the same as the album – “This Sundered World.”

Icarus Machine
The members of Icarus Machine came together late 2015 after collaborating online over several years on various projects with each other. The members, Bill Babcock, Jenny K Brennan and Jordi Ribas, hail from all over the world: Massachusetts, United States; Ontario, Canada; all the way to Galicia, Spain.
Having discovered they were like minded about music and art, they found a common vision and desire to create something different – a project encompassing music and literature where the music was subtext for the story and vice versa.
Their first album is written around the events in a novel written alongside the music. “This Sundered World” is a steampunk inspired story about Gabriel who finds himself alone in a sundered society, a world he knows nothing about. Gabriel and the characters he encounters became the inspiration for the music and lyrics on the album.